Born Lhamo Dondrub, Tenzin Gyatso is the 14th Dalai Lama. Tibetan Buddhists believe him to be a reincarnation of his predecessors and the Buddha of compassion. He is a vocal activist for Tibetan independence and has made an incredible contribution to global spirituality. His visit to Mongolia in November 2011 was criticized by China, but his popularity shows no sign of waning. Time Magazine call him “The most influential person in the world”, while The Times commented “He draws crowds that no other spiritual leader or politician could hope to match…he seems to look at life in a different way to everyone else”. His latest book Beyond Religion: Ethics for a Whole World was published in January.

Eckhart’s profound yet simple teachings have helped countless people throughout the world find inner peace and greater fulfillment in their lives. At the core of the teachings lies the transformation of consciousness, a spiritual awakening that he sees as the next step in human evolution. His books, The Power of Now and the highly acclaimed follow-up A New Earth are two of the best-selling Mind, Body, Spirit books in the world. Eckhart Tolle TV is a subscription service offering monthly live streamed guided meditations and new teachings with Eckhart, an on-line community, and more.

Buddhist monk, teacher, author and peace activist. He founded the Order of Interbeing and the Unified Buddhist Church, along with monasteries and spiritual centres in Vietnam, the USA and France, where he now lives. His latest book The Novice, a retelling of an ancient Vietnamese folk tale, proposes a real way of being in the world relevant to the twenty-first century.

As a writer on Ayurveda, mind-body medicine and spirituality, Chopra has had huge success with titles such as Ageless Body, Timeless Mind and The Seven Spiritual Laws of Success. In 2011 he published The Seven Spiritual Laws of Superheroes: Harnessing Our Power to Change the World with his son Gotham and apologised for his “unfair criticism” of Richard Dawkins, after a long-running feud. His latest book, War of the Worldviews: Science vs Spirituality, pits his views against leading physicist Leonard Mlodinow.

The Alchemist is one of the top selling books in history, with over 65 million copies sold in 150 countries. Warner Bros bought the film rights in 2003, but the project stalled. In 2008, Harvey Weinstein bought the rights to the film. Laurence Fishburne is set to direct and play the lead role. Coelho has sold more than 100 million books worldwide and his work has been translated into 67 languages. His latest book Aleph was published in September.

Gilbert is best known for her 2006 memoirs, Eat, Pray, Love: One Woman’s Search for Everything across Italy, India and Indonesia. Oprah Winfrey so enjoyed the book she devoted two episodes of her show. The film appeared in 2010 starring Julia Roberts. Gilbert followed this up with a sequel, Committed: A Skeptic makes Peace with Marriage, covering her life after Eat, Pray, Love.

An inspirational speaker, spiritual teacher, author, and television personality, Vanzant was named one of the 100 Most Influential Black Americans by Ebony magazine, which said that “Her books, lectures and television appearances have made her a multimedia high priestess of healthy relationships”. Her latest book is Peace from Broken Pieces: How to Get Through What You’re Going Through.

Wilber has advocated Integral Thought and influenced figures as varied as Bill Clinton, Deepak Chopra, and Billy Corgan. He founded the Integral Institute and has written about adult development, developmental psychology, philosophy, worldcentrism, ecology, and stages of faith.

Best known for The Celestine Prophecy, which he self-published in 1992. Redfield produced and co-wrote the screenplay of the movie, which came out in 2006. Redfield’s latest book, The Twelfth Insight, is now available in paperback.

Well known for The Secret book and DVD, Byrne advocates the belief that we can all transcend our suffering by not falling prey to negative thoughts. She has been listed amongTime Magazine’s list of 100 people who shape the world, and has also produced television shows. Her new book The Magic is published in March. 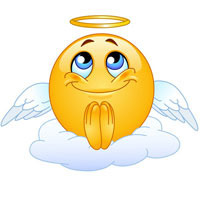