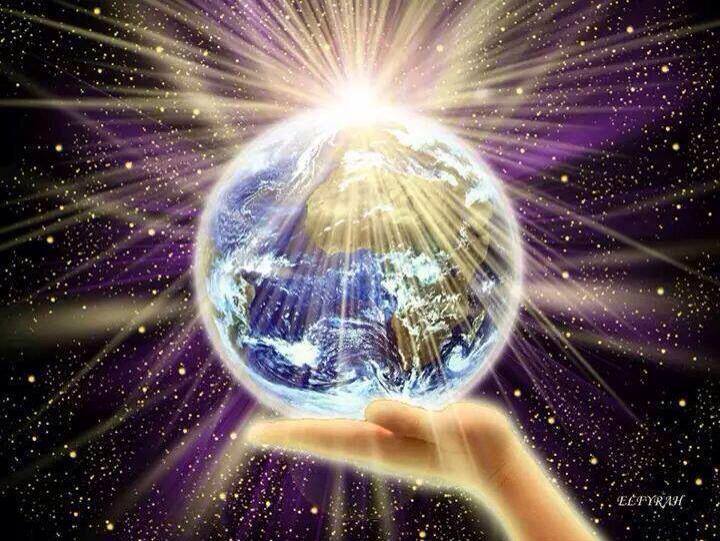 As the light of truth shines more brightly in your world, it exposes the dark and all that has been kept hidden from you. This causes some of you to refuse to see the truth, as you do not like what you see. You do not want to believe that you were taken in by such evil people, posing as your protectors. This is a most difficult time for you, as you begin to see the bars of the prison in which you live, and which you accept as part of normal life on Earth.

Do not attack the messengers. It is their mission to expose the truth. The energy for the creation of life on Earth has been exploited. It is used against humanity. Paedophilia is used by the Dark Ones; it is the oxygen of life to them. Look around you; look at all the citadels of power and you will find that they need paedophilia to provide their power. They need the blood and the flesh of humanity in order to hold their shape on Earth. This is not a pretty picture but it is one that you must look at and deal with. Your survival depends on it. Closing your eyes to it, will not make it go away; by doing so, you give permission for it to continue.

Humanity is suffering because you allow those who try to take over your planet to do as they please. Do you not realise that they do not want you, on what they see as their Planet Earth. They tell you, quite openly, that they are creating a New World Order. They cannot do anything without first telling you what they are about to do. By then saying and doing nothing, you give them permission to go ahead and destroy human life on Earth. Is this what you want?

You have the ability to come together, and remove all that is dark and corrupt, thereby restoring life on Earth to what it once was. This requires commitment, and a refusal to be part of the mind controlled masses, helping them to understand why they are so apathetic and controllable.

They need to be shown the way forward, as the battle to hold them in darkness is losing ground. To take over your world, they need your complacency, for they cannot do it without your assistance. Please give this serious thought. The Dark Ones have lost their battle off-planet, so they are desperately clinging for their very existence to Planet Earth. Because of the unforeseen result of their outer space battle, they are preparing to leave the Earth through the Ukraine, just in case they lose on Earth also. This makes them VERY ANGRY. So they attack all those who try to expose their plans.

They have weapons that you could not even begin to imagine. Do not judge them by your own standards, for this has contributed to your downfall. They are NOT like you in any way at all. They just appear to be like you, the outer shell only. Do not continue to make the same mistakes that you have been making for the last 2000 years.

They look down on you; to them, your only purpose is to serve them. This is what they believe. They created STRESS for you by the use of the money system they have created. They poison your bodies through the air, water, food, and medication which they supply you.

You have accepted this without question, until now. Why, why, why, do you accept it? Why have you accepted what these other species (who have no right to be on your planet) have inflicted on you? You must give serious thought to all this. You owe it to yourselves and to those who depend on you. Planet Earth is depending on you to protect it. Do not give away your power to others, as you do when you vote for someone else to make decisions for you. Why do you trust these people when they have consistently let you down? They inflict WAR situations on you, over and over again. They continue to demand World War III. Ask yourselves WHY.

Why is KILLING so important to them. Why do they NEED THE ENERGY OF FEAR and the spilling of blood to exist? Every soldier is a BLOOD SACRIFICE. Surely, this alone tells you something. You do not have the luxury of time, to sit back and consider that you are in a war, fighting for your very survival. The Dark Ones will use every means at their disposal, human or otherwise, to hold you in darkness and ignorance. Their survival depends on it. They have the advantage of funding, etc.

You have each other. You are the 99%. The Creator is on your side, so you will succeed. Their takeover cannot be done without your cooperation. We had hoped that this situation would not go into 2015, but the Jesuits created a problem in December that delayed our plans. I state 'delayed', not destroyed. Please send love and light to the situation. Remember, the Dark Ones have planned this takeover for 2000 years. They ticked all the boxes, and have left no stone unturned (or so they thought). They never expected for one moment that humanity would wake up and scupper their well made plans.

You, my friends, have taken them by surprise. Now they are floundering. Though they have prepared to leave, they still hope that they can find a way to stay. This is up to you: are you prepared to come together to remove forever, all those who want to remove humanity from the Earth? There is power in words and thoughts, so use them wisely, to remove all that is negative to humanity and Planet Earth. You can do this. The power is in your hands.

My love, you are going through such tough times. The attacks prove just how desperate the Cabal has become. You have been shown the end result, many times. It is just a question of getting there. People are waking up every day, and their light is exposing the corruption and the darkness, which is losing its grip on humanity.

I am always at your side. Forever, your adoring, Monty.

They are NOT like you in any way at all.